What You Need to Know About Fentanyl

Young people in Arizona are overdosing and dying at an alarming rate from counterfeit pills laced with fentanyl. Oftentimes, they get these pills through social media apps right on their phones. But, there’s something you can do to protect your family, your friends, and your neighbors.

What is fentanyl and how does it work in the body?

Fentanyl is a powerful synthetic opioid, similar to morphine but 50 to 100 times more potent. In its prescription form it is prescribed for pain, but fentanyl is also made illegally and distributed as a street drug. Illegal fentanyl is sold as a powder or made into pills that look like real prescription opioids (pain relievers).

Fentanyl works by binding to the body’s opioid receptors, which are found in areas of the brain that control pain and emotions. Its effects include euphoria, drowsiness, nausea, confusion, constipation, sedation, tolerance, addiction, respiratory depression and arrest, unconsciousness, coma, and death.

Read more at The Real Deal on Fentanyl

Why is fentanyl a problem in Arizona?

Fentanyl is the most common substance found in opioid overdose deaths in Arizona – teens as young as 14 years old have overdosed and died.

Illegal fentanyl is being mixed with other drugs, such as cocaine, heroin and methamphetamine. This is especially dangerous because people are often unaware that fentanyl has been added. The high potency of fentanyl greatly increases risk of overdose, especially if a person who uses drugs is unaware that a powder or pill contains it. Naloxone is a medicine that can be given to a person to reverse a fentanyl overdose. Multiple naloxone doses might be necessary because of fentanyl’s potency. 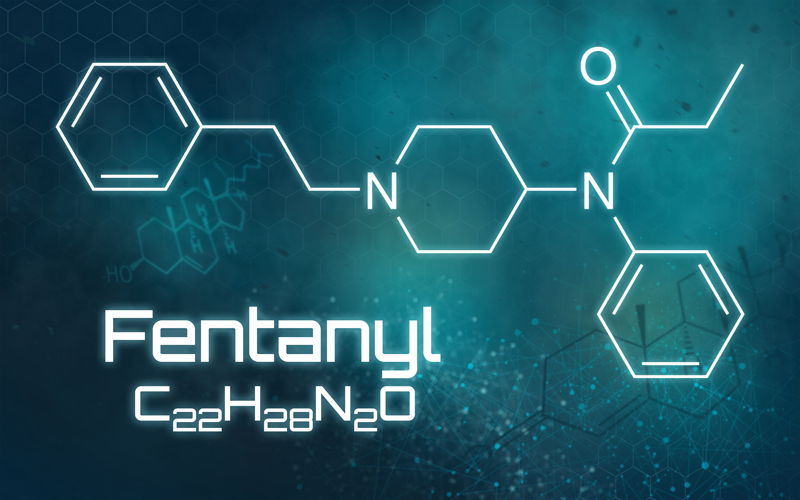 Your child’s phone has a deadly connection. Counterfeit pills laced with fentanyl are bought and sold on social media sites popular with teens.

What can you do?

TALK with your child about NEVER taking a pill that’s not prescribed to them.

It’s never too early to have a conversation about alcohol and other drugs. The sooner you talk about the dangers of underage drinking and substance use, the greater chance you have of influencing your child’s decisions about using them. Encourage your child to do their own research. LearnMoreAZ.org has information on fentanyl tailored for teens.

Because substances, including counterfeit pills laced with fentanyl, are being bought and sold through texting and social media sites, be sure to monitor where your children go online: ask about who they follow and what they are seeing and hearing online. Before allowing your child to go online and set up accounts consider having them sign a social media safety contract.

Get the FACTS on Fentanyl.

When you talk with your child, don’t leave out the details. Be specific about fentanyl and the dangers of its use. Let your child know that it is being sold as counterfeit OxyContin”, Xanax”, and other prescription drugs. Knowing one of these pills could be deadly, a child may consider the consequences of trying one of these too risky.

Even if you don’t think your child is taking pills, talking with them could be the reason they never do.

The Rise of Fentanyl: From Understanding to Action

Sgt. Ashley Thompson, with the Arizona National Guard Counterdrug Task Force – Drug Demand Reduction and Outreach, discusses how youth are accessing substances from places we thought were safe and what you can do to protect them.